Is the Anti-Agent Stance by the Middle States Commission on Higher Education (MSCHE) a case of Americentrism? 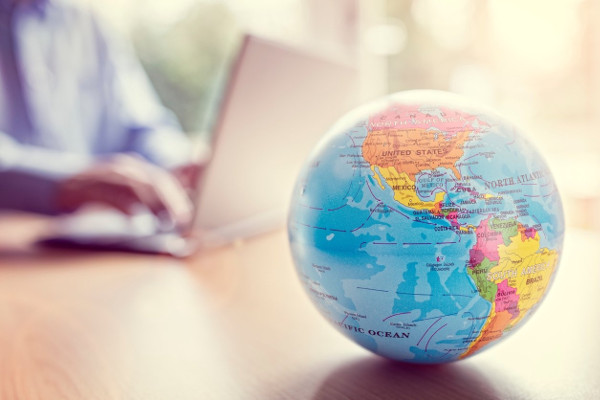 Apr 21, 2017 Jean-Marc Alberola
After much study and debate on the topic of commissioned agents in international student recruitment, is it time for many in the Higher Ed community in the United States to reflect upon the notion that it might be viewing the agent debate from an overly U.S. focused perspective? To many, the recent proposal by the Middle States Commission on Higher Education (MSCHE) to extend the prohibition on incentive compensation to the recruitment of foreign students who are not eligible to receive federal student assistance, is bewildering. That is, it is bewildering unless we consider that this might very well be a case of bias, or having a U.S. centric perspective, with an implied belief, either consciously or subconsciously, that the context of domestic student recruitment somehow applies and is relevant outside the United States.

MSCHE references Title IV, section 487(a)(20) of the Higher Education Act in its draft amendment for public comment, which specifically prohibits the practice of incentive compensation domestically, while simultaneously exempting incentive payment for the recruitment of international students. MSCHE seems to believe that what applies to an American domestic scenario should also apply outside the United States.

However, not all countries share this view. Canada, Australia and the U.K., our key competitors in the Higher Education space, have been able to make the engagement of commissioned agents in international student recruitment work for them in a transparent and ethical way. What is so exceptional about the U.S. that we can’t do the same? These competing nations are, in fact, many years ahead of us, and consequently more mature in their discussion and analysis of this topic. We can and should learn from them.

For many this debate appears to be ideological, which in my judgement, often gets in the way of a more nuanced discussion of the facts. I urge anyone who believes passionately on either side of this issue to review our comprehensive report on this topic. In June of 2016, Bridge Education Group, together with StudentMarketing, went to extraordinary lengths to provide an unbiased and comprehensive report on the topic of agency adoption by U.S. institutions. The report provides some important insights into what is a multifaceted and evolving practice.

One key takeaway of the research was that the practice in the U.S., for many, is still largely in its infancy; we still have a lot to discuss and learn. However, what we do know is that U.S. universities cannot achieve the global presence they require to build their brand and recruit international students without agents. Often cited alternatives, such as international student fairs, provide, quite frankly, a dismal return on investment absent an institutional in-country presence. Furthermore, not engaging with agents at this critical time, when we are facing what appears to be the end of a 10-year run of growth in international student enrollments, is a huge mistake. The U.S. is losing market share to other countries and our international student numbers reflect this. In relation to total university enrollments in the U.S., international students make up just 4.7%, which is lower than the UK (21.5%), Canada (13.3%) and Australia (21%). Consider, too, that these statistics were calculated in 2016, prior to the “Trump slump” and when the U.S. dollar was at a 14-year high.

Given that we don’t currently have government regulation on the use of agents in international student recruitment, and, in fact, our government takes two different views on the topic (The Department of Commerce in favor and the State Department opposed), organizations like The National Association for College Admission Counseling (NACAC) and The American International Recruitment Council (AIRC) are playing a key role in articulating best practices, principles and ethical guidelines. The best thing we can do is have open and transparent dialog, identify best practices, and educate the marketplace. This is what is happening and why the pace of agency adoption is growing. According to our research, approximately one third of all U.S. universities currently engage directly with agents and/or via intermediaries, such as pathway providers.

Those who argue against agent commission cite a number of points. One important issue in the debate, the misnomer of “double dipping,” has been debunked. It is irrelevant that an agent may receive funds from both the university and the student. If commissions are low, or agents provide additional services, they can and will make up the difference by charging the student. We are also seeing multiple references to “transparency.” In some cases, this means requiring that the student know that the agent receives compensation by the university for the placement; in other cases it means that universities disclose the names of the agencies they work with. In the language-travel space, which is very much a hybrid of travel and education, it is intuitively understood by students that agents are compensated in much the way a travel agent is. Is it possible that we are imposing our own cultural lens when reviewing this topic? Is it the case that Chinese students perceive U.S. university representatives to be “biased” because they favor their own institution over others? Might these students prefer an agent who offers them a larger portfolio of universities to choose from and who speaks their language and was referred by friends or family? Some research has indicated this to be the case.

Unfortunately, ideological and, all too often insular, views often oversimplify what is a multifaceted issue that merits discussion, analysis and open dialogue.

The current domestic landscape facing U.S. Higher Education is one that includes declining numbers of high school graduates and diminishing state subsidies for our public institutions. Now, more than ever, it is a time for MSCHE to conduct a careful review of the negative impact the prohibition of incentive-based recruitment via international recruitment agencies will have on international student enrollments and the financial stress it will cause its members. In this context, imposing a prohibition on the practice of incentive-based recruitment abroad will require the utmost caution, consideration and due diligence on the topic.

With this goal in mind, Bridge Education Group has again commissioned the assistance of StudentMarketing for phase II of our research on the topic of agents in international student recruitment, which we are planning to release at the upcoming AIRC Conference in December of 2017. In this second phase of research we will survey student perceptions and experiences with agents. Our hope is that it will be another step forward in creating transparency and open dialog so that all of the stakeholders can work together to make the practice of agents as recruiting channel partners a professional and ethical practice. If U.S. institutions hope to continue to attract international students in an increasingly competitive marketplace, then we had better sit down at the table and find a way to make this work, in the same way that other countries have done.