Request More Info About this Program!

Connect with a Program Advisor 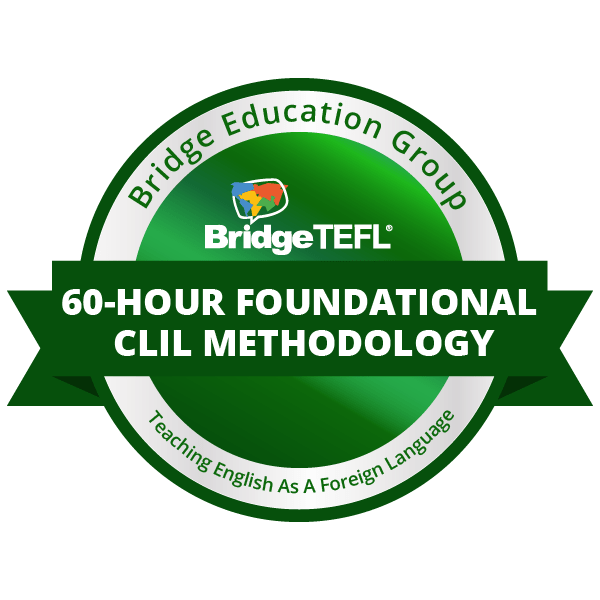 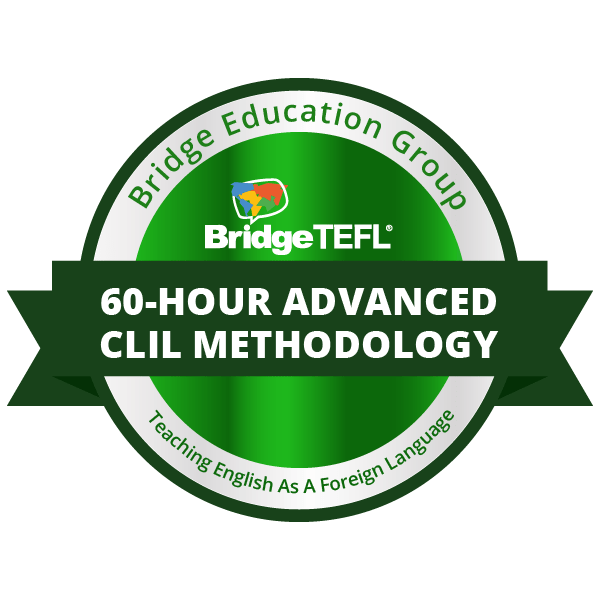 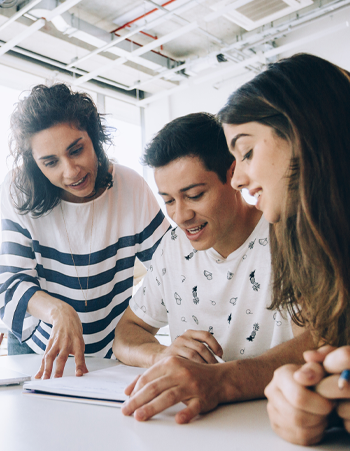 The Future of Bilingual Education Is CLIL. Are You Ready?

Gain a holistic understanding of the innovative CLIL teaching method.

Take your school to the next level with accredited CLIL certification.

Learn the guiding principles of CLIL teaching, including key research behind this approach and practical applications.

Combine both CLIL courses for the most comprehensive preparation and certification for teachers and schools.

Looking to enroll a group of teachers or administrators at your school in CLIL courses? 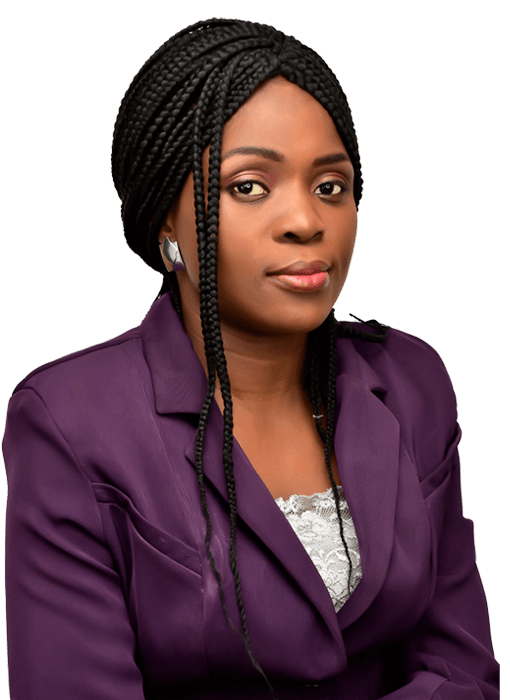 What Our Students Are Saying 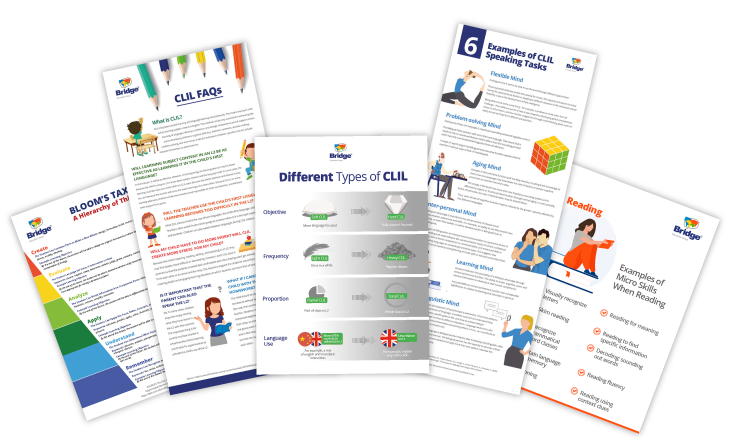 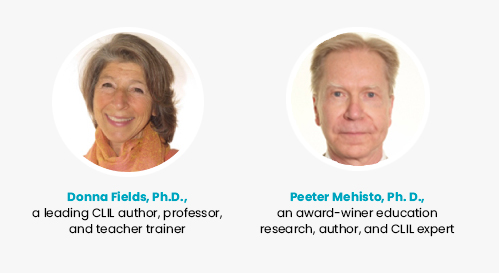 Start anytime and work from any device.

Get feedback and ask questions throughout the course.

Work at your own pace–complete in 3 months or less.

Access our global job network via the Bridge Job Board and connect with preferred employer partners.

When you graduate, you’ll be able to:

When you graduate, you’ll be able to:

These resources are designed to make the process of finding TEFL jobs or advancing in the field as clear and easy as possible for our graduates. You’ll learn how to improve your resume, find and apply to TEFL jobs, and ace your interview so that you can get the teaching job of your dreams. If you’re already teaching, you’ll find helpful information on continuing professional development, recommended TESOL organizations you can join, and teaching resources you can use in your own classroom. You’ll also learn how to take advantage of Bridge’s job placement services and connect to our community of TEFL teachers and schools worldwide.

*It is highly recommended that content teachers without previous experience in TEFL / TESOL take one of Bridge’s Professional Certifications to gain an essential understanding of key language teaching methodologies.

Continuing Education Unit (CEUs) are nationally recognized units of measurement for participation in non-credit, continuing education programs. Bridge is accredited by ACCET (the Accrediting Council for Continuing Education and Training), and any ACCET-approved Bridge course, including our online TEFL programs, can be taken for 1 CEU per 10 hours of TEFL course instruction.

Bridge courses have been similarly reviewed and recommended for university credit equivalencies by The American Council on Education (ACE Credit) and many university partners. Bridge is a post-secondary institution accredited by ACCET (recognized by the U.S. Department of Education) and AQUEDUTO (Association for Quality Education and Training Online). Our certifications are regulated by our accrediting agencies, and we ensure that the targeted knowledge, skills, and outcomes are addressed through depictive course assessments. Further, we are committed to making sure that our learners have a positive experience from start to finish and that our programs prepare modern teachers for career success.

To learn more about Bridge’s accreditation and university credit opportunities, please review the following chart. Please note that Ofqual equivalencies are equated to the university credit recommendations provided by the American Council on Education (ACE Credit®) and our university partners.

RECOMMENDED FOR CREDIT BY:

Ready to get started with CLIL teacher training? 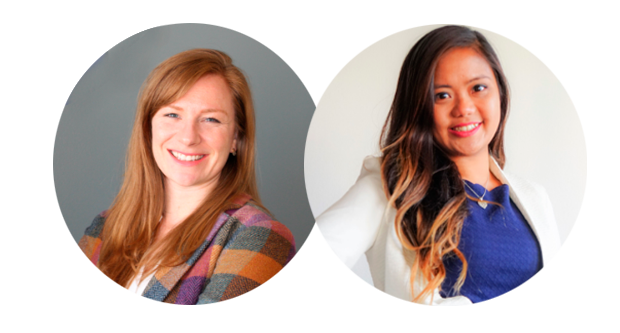 Why take this program?

Common Questions about the Content and Language Integrated Learning Courses

You will have 3 months from the day you enroll in your Specialized Certificate to complete it. (Most students finish the course sooner – in four to six weeks.)

If you don’t finish in time for any reason, you can purchase an extension to complete your Specialized Certificate course, either before it expires or for up to one year after expiration. Extensions cost $100 for an additional 3 months. Please note that once your course/extension has expired, you will no longer have access to the course.

To take Bridge Specialized Certificates, you must be at least 18 years old with a minimum of a high school diploma or equivalent.

It is recommended that you are either already TEFL / TESOL certified, or enroll concurrently in a Professional TEFL / TESOL course, such as the IDELTOnline™ to take a Specialized Certificate course.

If you are not a native English speaker, we recommend an intermediate or higher level of English proficiency (minimum B1 level, according to the CEFR, the Common European Framework Reference for Language).

Specialized Certificate courses can be taken on their own to complement general certification or teaching experience you already have. They may also be added on to your enrollment in any Bridge course. If you’re new to teaching English, we recommend starting with a Professional TEFL Certificate.

Yes, you may sign up for as many as you like. We recommend you complete one certificate course before beginning the 3-month timeline on the next one.

No. All the materials you will need to complete your course are available 100% online. You can complete these courses from anywhere in the world with Internet connection.

Yes. In this self-study course, you will have a tutor available to answer any questions you have and also to provide feedback and a grade on your written assignments.

You must earn a minimum of 70% on your course assignments/final exam, in order to pass and receive your Specialized Certification.

Content and Language Integrated Learning (CLIL) teaching is one of the most sought-after methodologies in bilingual education. What is this innovative approach all about and how can your organization get started?

Read the Full Article:
What Is CLIL? The Global Trend in Bilingual Education Explained

CLIL stands for Content and Language Integrated Learning. This means studying another subject (for example, science, history, or literature) and learning a language, such as English, at the same time — integrating the two subjects. The definition is broad because the integration can happen in many different ways.

Although the term “CLIL” is modern, the technique is as old as learning itself. The approach became more formalized in the 1960s, in language immersion programs in Canada and with languages across the curriculum programs in the UK and the US.

David Marsh and Do Coyle came up with the term CLIL in the mid-1990s, at a time when governments, schools, and individuals were all starting to realize the importance of knowing more than one language. The movement was especially strong in Europe, and it’s growing around the world, in regions like Latin America, in response to globalization.

Bilingual education — education involving two languages — is a broad field that can encompass different programs and approaches. Some other approaches, such as English for Specific Purposes and English as a Medium of Instruction, share some features with CLIL, but they have differences as well. What sets CLIL apart is its emphasis on content.

Broadly speaking, CLIL programs aim to increase students’ subject-area knowledge while at the same time improving their knowledge of and skills in the target language. In addition, students should improve their own ability to learn and to appreciate a new culture.

CLIL methodology is applicable in all types of organizations, including primary and secondary schools, vocational schools, colleges, and universities. If any of the following describe you or your organization, contact us to learn more about CLIL certification.

The key to the success of CLIL adoption is implementation by all stakeholders. Bridge certification supports the holistic adoption of CLIL with a two-course training series that prepares language teachers, content teachers, and administrators with the solid background in CLIL theory and applications needed to effectively support institution-wide CLIL adoption.

Yes, if you’d like to create more opportunities for career advancement and earn a higher salary, CLIL certification is an excellent choice. This unique training, not widely available elsewhere, will open up positions in K-12 schools and other educational settings where teachers can support the institute’s greater CLIL initiative.

Let Us Help You Find the Perfect Course!