What Is CLIL? The Global Trend in Bilingual Education Explained

Bilingual education isn’t just for bilingual communities. Thanks to research that shows learning a second language has benefits for just about everyone, schools all over the world are looking for ways to bring these benefits to their students. One growing teaching trend within bilingual education is CLIL methodology. What is CLIL exactly? To take advantage of this integrative approach, teachers and school administrations need a thorough understanding of the theories behind it as well as proper training on how to apply those theories in concrete ways within their institution.

What does CLIL stand for and encompass?

CLIL stands for Content and Language Integrated Learning. This means studying another subject (for example, science, history, or literature) and learning a language, such as English, at the same time — integrating the two subjects. The definition is broad because the integration can happen in many different ways.

Professor Do Coyle, who together with education researcher and author Dr. David Marsh coined the term CLIL, explains, “[T]here isn’t just one model. … It can be a theme. It can be principles. You can spend a lot of time on this or a short time on this. But the fundamental principle of CLIL is that there is an integration between using language to learn and learning to use language through the development of content.” In this article, we’ll explore what exactly that means and, in particular, how it’s used in English language teaching.

What are the origins of CLIL, and where is this method gaining popularity?

Although the term “CLIL” is modern, the technique is as old as learning itself. Any time someone learned about something else — engineering, art, cooking — while they learned and practiced a foreign language, they were using CLIL, even if they didn’t realize it!

The approach became more formalized in the 1960s, in language immersion programs in Canada and with Languages Across the Curriculum (LAC) programs and Foreign Languages Across the Curriculum (FLAC) programs in the UK and the US. Many of these classes involved native English speakers studying a subject in a foreign language and included study-abroad programs.

David Marsh and Do Coyle came up with the term CLIL in the mid-1990s, at a time when governments, schools, and individuals were all starting to realize the importance of knowing more than one language. The movement was especially strong in Europe, and it’s growing around the world in response to globalization.

What are the core features of CLIL methodology?

A successful CLIL program depends on the cooperation between language teachers and content teachers. Each is an expert in his or her own field, so they need to share both their respective principles and information.

A content teacher is someone who teaches a subject — for example, music, architecture, or biology. However, using CLIL as an approach is more than just switching to English to teach another subject. Content teachers are not normally experts in language acquisition or pedagogy. Therefore, to teach their subjects, content teachers usually require some amount of training and might also use both their students’ native language and English, a technique known as translanguaging. They’ll also depend on the support of the language teacher.

The language teacher is primarily responsible for teaching English (or another language), but in CLIL methodology, he or she also supports the content teacher by introducing relevant vocabulary and functional language related to a given subject (history or biology, for example) and by emphasizing critical thinking.

As an example, think of an earth science class. The content teacher explains the water cycle through pictures, demonstrations, English, and if necessary, the students’ first language (or L1). In tandem, the English teacher might cover language for explaining sequences and processes (first, next, then, after that), language for cause and effect (because of, due to, results in), and word forms (vapor, evaporate, evaporation).

Coordination of the two

On the institutional level, a successful CLIL program needs a cooperative organizational structure, which means there has to be a way for the content teacher and the language teacher to work with each other, such as a set place and time to meet and coordinate lessons.

This is helped by a supportive school administration that is willing to provide comprehensive CLIL training, appropriate materials, adequate funding, and time.

Finally, the program will depend on willing students and parents who understand the program’s methods and goals. Students might need to work in new and unfamiliar ways, so it’s important that they and their families trust the teachers and the program.

What are the aims of CLIL?

Although different programs and classes will of course have their own individual goals, broadly speaking, all CLIL programs aim to increase students’ subject-area knowledge while at the same time improving their knowledge of and skills in the target language. In addition, students should improve their own ability to learn and come to understand and appreciate a new culture. Finally, students should not lose ground in their native language. They’re adding a new language, not replacing the one they already know. 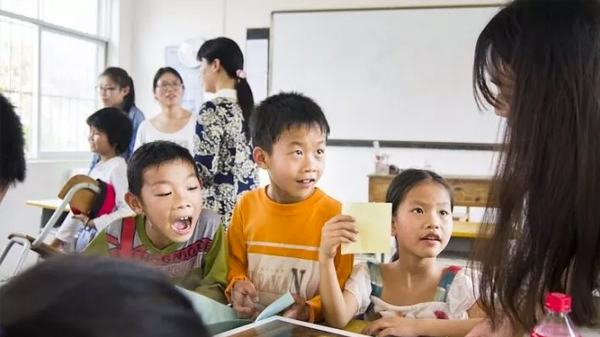 How does CLIL fit into bilingual education? What’s the difference between CLIL and EMI (“English as the medium of instruction”)?

Think of bilingual education — education involving two languages — as a broad field that can encompass different programs and approaches. Some of the other main approaches share some features with CLIL, although they have differences as well. Here are some of the most common approaches that you might hear about and how they are similar to and different from CLIL.

CBI, which stands for Content-Based Instruction, refers to learning about a subject using the target language. Some people say that CLIL is a type of CBI, although in a true CLIL program, there is a stronger emphasis on the content. In a CBI course, students might use a textbook with a unit about history, then a unit about communication, then a unit about economics, and so on. But the history teacher would not be teaching in English at the same time.

ESP, which stands for English for Specific Purposes, teaches students the vocabulary and functions they need for certain fields. Often it is job- or career-focused. Example courses include English for Hospitality Workers or English for Air Traffic Controllers.

Watch a video featuring CLIL expert, Peeter Mehisto, about what this method is – and is not – from Bridge’s Content and Language Integrated Learning Specialized Certification Courses:

Who is CLIL suited for?

CLIL courses can take time and energy to prepare and carry out. A good CLIL teacher is someone who is committed to the approach and is hard-working, dedicated, and passionate about his or her students. In addition, a CLIL teacher should be skilled at communication and flexible because cooperating with the subject-area teacher is essential.

While almost any subject can be taught through a CLIL approach, the most suited are ones that involve student cooperation and have a cultural aspect to them. Some examples are the social sciences, the arts, many trades, and some sciences such as biology and chemistry. One study found that math and physics were less suited to a CLIL approach because of their technical nature. A CLIL approach in these classes would probably rely more heavily on L1 use. 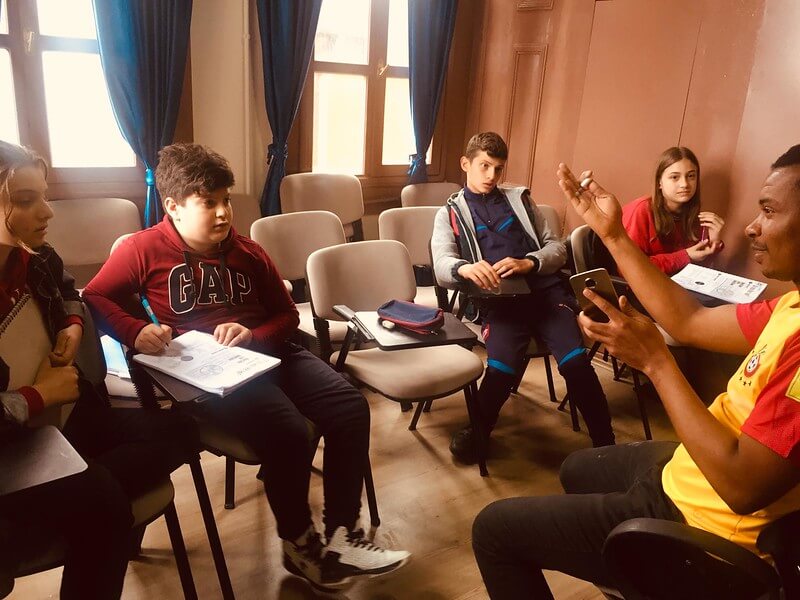 What kind of programs can use CLIL?

Many types of schools and programs can benefit from CLIL. Because CLIL is particularly well-suited to groups of students working together, it’s ideal for K-12 classes, universities, and vocational schools — which of course are all places where students learn subjects in addition to language. But CLIL can also be used in sports and clubs, with private students (if the language teacher also has content knowledge), and in online classes.

What are the benefits of CLIL? What kind of results does it provide to learners?

If CLIL takes extra training and effort on the part of the teacher, why should they adopt this approach? The short answer is because it provides so many benefits to the students.

As students become proficient in two languages, they gain social and cognitive advantages. Studies have shown that bilingual people are, on the whole, more flexible, better problem solvers, and better communicators. In addition, learning a second language can improve a person’s memory and even protect against the effects of aging on the brain.

Other benefits include a deeper understanding of the target language, mastery of a subject, improved social and critical thinking skills, and even a stronger, more flexible brain. With all of these advantages to students, why not see if you can incorporate some CLIL principles and practices into your own teaching?

Dorothy is an author, editor, teacher trainer, and educational consultant. If it involves words, language, or teaching, she's interested! Areas of specialty and interest include teaching writing, teaching reading, business English, academic English, testing, and humor. She's a frequent plenary speaker at international conferences and founder of Wayzgoose Press. Contact Dorothy through her personal website (http://dorothyzemach.com) or find her on Facebook, where she talks (mostly!) about learning, teaching, language, and travel.