David Guyott has just returned from a year spent teaching English in Argentina! He went there as part of the Teach in Argentina Program, which places recent college graduates into part-time teaching positions in cities and smaller towns throughout the country, where they live with host families and teach within the community.

We asked him some questions about his experience in Argentina:

What made you choose Argentina and this program?

I’ve studied Spanish since I was in the 8th grade, so I’ve known for a long time that I eventually wanted to go live in a Spanish-speaking country to practice through immersion. The difficult part was making it work financially. Eventually it became clear to me that one of the best ways to afford my dream of going abroad would be through TEFL, which, through searching, led me to the Teach in Argentina program and Bridge.

The program appealed to me first, because it was in Argentina, which has always called to me—perhaps it was the Peróns, or Cortázar and Borges?—and second, because it featured host family home stays. Most other TEFL programs I encountered were more independent: you would be set up with a teaching position and a monthly stipend, and left to fend for yourself from there. I felt that staying with host families would allow me to better and more intimately get to know Argentine culture and castellano (Argentine Spanish)—which proved to be true.

Where in Argentina did you live and what types of students did you teach?

I lived for two months in Rosario, three months in Viedma, and four months in Carlos Casares, as part of the program. Rosario is the third biggest city in Argentina, at a little over 2 million people. Viedma is smaller, at a population around 60,000, but is the capital of Río Negro province. Carlos Casares is a very small farming town of around 15,000 people. So I got to experience a wide variety of Argentine lifestyles, both urban and rural.

In all three of the cities where I was working for the program, I worked in English institutes. These are separate from students’ “normal” primary and secondary schools; they are private schools (think something like a paid extracurricular in the U.S., like a dance academy or music lessons) which typically give students between 2 and 3 hours of English classes per week. Because these classes are optional (and cost money), this normally means that the students want to be in class, which makes a big difference in terms of attitude!

I worked with students of all ages, from three years old up to adults, and I would say classes averaged between six and eight students. I typically “visited” classes, meaning I would see all of the institute’s classes every week (Rosario), but only for limited time (15-20 minutes), or I would only see classes occasionally (Casares and Viedma), maybe once every two weeks or once a month. Regardless of the differences between the cities, I had an immensely positive experience with the students; in general, they were very interested in learning about the U.S. and were very grateful to have a “break” from their normal lessons to do something more cultural! The gratitude and love they displayed at my despedidas (farewell parties) was heartwarming.

During the summer (mid-December through mid-March), independent of the program, I spent two months in San Carlos de Bariloche and one month traveling through Argentina. I worked as a volunteer in a hostel in Bariloche and had my breakfast and sleeping expenses covered in exchange for about 20 hours of work a week. Bariloche is a town in the Andes oriented almost entirely towards tourism—in the summer, hiking, rock climbing, rafting, kayaking, and horseback riding are all popular, and in the winter, skiing and snowboarding. This was a great chance to exercise the confidence and independence I had developed through five months of living with host families and integrating into Argentine culture in Rosario and Viedma.

What was it like living with different host families?

I was very nervous at first about staying with host families (Would they be interested in me? Would I be in their way? Would I have to do “weird things” I wasn’t used to?), but I had an amazing experience with them overall! The families that agree to host participants for Teach in Argentina do so for free, because they are interested in having an English-speaker in their home and because they want to enrich their children’s school. Their interest in me and the U.S., combined with my interest in them and Argentina, meant that we were perfect for each  other!

I stayed with seven families in total (three in Rosario, three in Viedma, and one in Carlos Casares). The time participants stay with a family varies; sometimes it can be shorter (two to three weeks), or other times the whole length of the placement (four months). I loved them all and really learned a lot. From the beginning in Rosario (soccer matches, film festivals, and learning the meaning of garca—you’ll have to go to learn what it means!) to the end in Casares (playing truco at the local bar with my host dad, going to the boliche with my host brother, trying to convince my little six-year-old host brother he should eat something other than just “white” food), my year was filled with unforgettable experiences with my host families. I know I will see them again, whether it’s a case of me returning to Argentina or them traveling here to the U.S.!

Can you tell us about the “language immersion camps”?

The language immersion camps are organized by Bridge’s partner in Argentina, Colonias de Inmersión al Idioma. Teach in Argentina participants typically work as counsellors at a few of these camps throughout the year—I worked at a total of four. They are two to three day long camps (picture a U.S. summer camp, but crammed into a weekend!) designed for immersion; this means that students come to speak English. They aren’t allowed to use any Spanish at all! Each camp has a theme (Spy Camp, The Highland Games, Victorian England, etc.), and students come from schools all around Argentina to play games and do activities related to those themes—all in English, and all as if they have really left Argentina and gone to a foreign country.

For me, the camps were an absolute blast—I wanted to do more! Participants don’t have to be teachers at camps—they’re camp counsellors. And that means letting loose a little and having some fun with the kids! There’s always “customs” (students have to get a passport and “enter the country,” complete with bag check!), a bonfire (complete with s’mores and campfire songs), and students have “jobs” (banker, shopkeeper, entertainer); then there are activities related to the theme. At The Highland Games, for example, which is Scottish, students all join a clan (and counsellors play Clan Chiefs). They help their clan create a crest and flag, build and burn a witch (for luck at the games), learn to dance Scottish dances like The Flying Scotsman and Strip the Willow, wear kilts, and compete in the Highland Games!

For you, what were the benefits were of going through an organized program like this one?

The program is very well organized and this makes it a great opportunity for someone who is new to living in a foreign country, new to teaching (or to TEFL), new to speaking Spanish… you get my drift. Participants have a lot of freedom within the program, but there is also a strong support structure that helps participants get oriented initially and resolve any problems that may arise. In a less organized, more independent program, I may have had to spend much of my time initially on day-to-day necessities like finding an apartment to rent, cooking for myself, and so on—in the case of this program, those mundane needs were met for me. I was able to focus on things I was interested in (Argentine slang), and had easy access to cultural offerings (within days of arriving in Rosario, my host family brought me to see a soccer match and made me a local fan!).

On a personal level, what did you get out of your experience in Argentina? 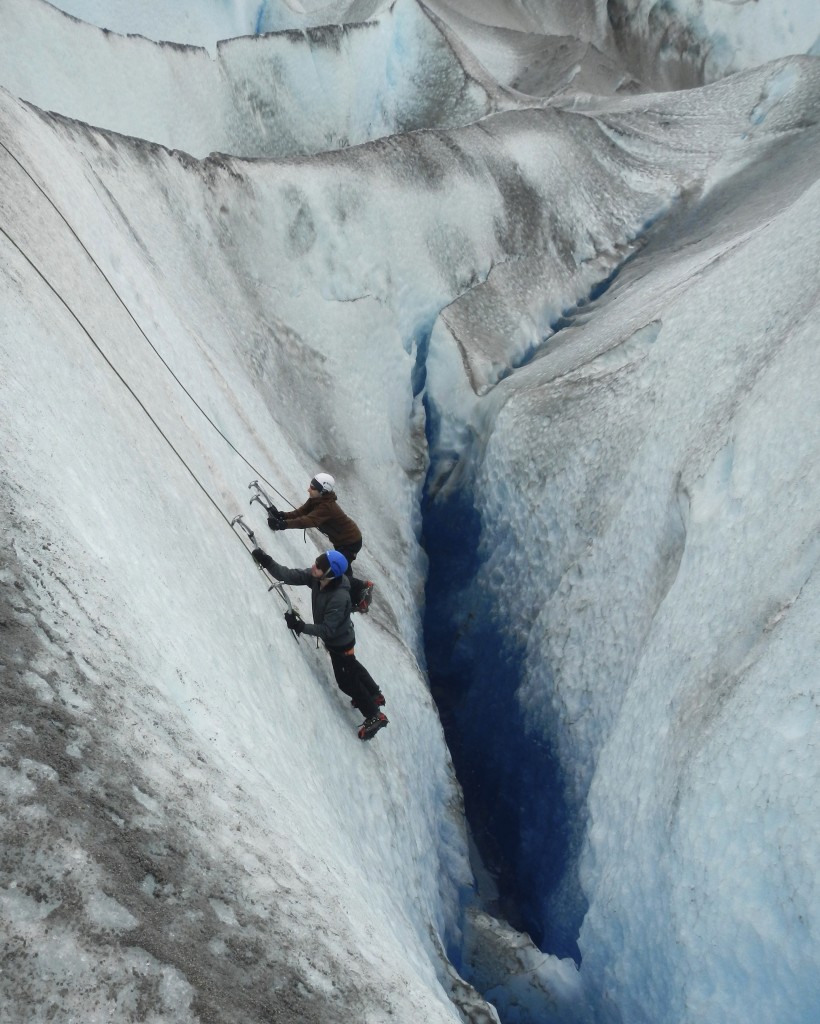 The Teach in Argentina Program made me a better teacher and a more fluent Spanish-speaker, obviously. But even more important than that, I feel like I learned how to live in Argentina! The Argentine way of living is so different than the hectic lifestyle of the U.S.; I learned from them how to take problems in stride (students 10 minutes late to class? It’s okay, drink some mate while you wait!) and live with less stress, and I gained so much self-confidence (if I can handle being thrown into situations where I don’t know anyone, and where everyone speaks a foreign language, constantly, I think I can handle pretty much anything!)

I fell in deep, unrepentant love with the people, the places, and the culture of Argentina. The mountains and lakes of Bariloche, the hinchas de fútbol of Rosario (vamos la lepra!), and the small-town coziness of Carlos Casares are all deeply imprinted on my heart. I can’t imagine not having had this experience in my life.

Interested in learning more about Argentina? Read about life in the capital, Buenos Aires!