Notes From The Field: TEFL Through The Eyes of a “Late Bloomer”

While the stereotypical TEFL teacher may be fresh out of college, there are actually many people that come to TEFL later in life. For example, after retiring from his full-time career, Wes Choc completed his TEFL certification online through Bridge. He then taught English abroad in Ecuador, and even went on to write a book, called Hectic Treks, that includes his experiences there!  We’re delighted to feature an excerpt from Wes’ book about his adventures as a late-blooming “TEFLer.”

For years, I had wanted to teach English as a foreign language. What’s a little bit different about me, though, is that I couldn’t get anything completed on my rather lengthy “to-do” list until after I retired from my full-time career. I completed the Bridge TEFL Online.com program a few years back, and taught abroad, thus finally completing one of my primary “to-do achievements” by my mid-60s.

Now, I am also a published author and have taken some time to create an in-depth recounting of my TEFL sojourns on my blog, and in my new book, Hectic Treks. I’m very grateful for my own TEFL experience on so many different levels. I hope others (particularly older folks who might not think they’re ready or able) will explore the worlds around them in similar ways.

I wanted to do more than merely tourist-taste what it might mean to be a real traveler. It was also modest rebellion against expected predictions for someone my age and a steering away from all the “ought” and “should” advice I kept wincing at privately that few others could understand. But Where to Go? I made extensive online deliberations among Latin American countries like Chile, Argentina, Mexico, while browsing through internet brochures from several companies specializing in helping people do this sort of thing.

I zeroed in on Ecuador in part because I had never been there, and in part because it was high in the Andes, one of those mysterious places always intriguing me and because I had liked Peru so much a few years back. I found two short-term volunteer teaching assignments in two different cities;  a month stint in Quito would be followed by a second month in Guayaquil. Within a year of my retirement party, I took off for Ecuador.

My wife, Carol, and I flew to Quito two weeks prior to my start date. We’d do honest touring, visiting Quito’s museums and cathedrals, plazas, and restaurants, and saunter the streets with a camera around our neck. Joint memories in place, Carol would return home to the U.S., and I would get down to TEFL’ing business.

Instead of instructing young students in classroom-type environments, I chose working with businesses whose clientele spoke English, rationalizing I’d be better tailored for that kind of setting. 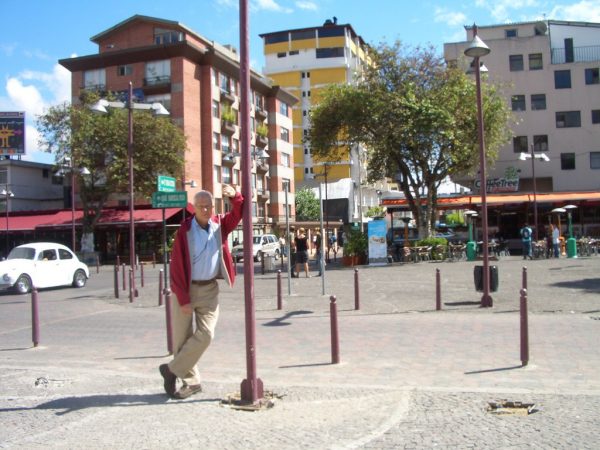 This particular TEFL teaching gig focused on conversational English used by those intending to work in the U.S. Of two main groups, there were those getting jobs at one of America’s amusement parks, like Disneyland or Six Flags, or older teenage girls becoming au pairs for well-to-do American families.

Preparing the students to pass the “embassy interview” was a crucial component of classroom activities. The embassy had a specific purpose to seek out reasons students really wanted to go to the U.S. in order to screen out those wanting only to join family living there, or to eliminate others without a sufficient reason to come back to their native country.

After my Quito stint ended, and I flew to Guayaquil for the other half of this Middle-of-the-World adventure. With skyscrapers, taxis, and herds of business suits walking around, it was a port city of three million. My first assignment was with a tourist yacht company headquartered in the suburbs.

The yacht company, called Ecoventura, wanted its staff to improve conversational English with English-speaking customers from the U.S. and Canada. The other was a remodeled, just-opened boutique hotel anticipating English-speaking patrons to frequent their beautiful European-style urban inn. I didn’t know what to expect, so there were many surprises.

Composed of six to ten male staff, my classrooms were made up of bartenders, stewards, waiters, chefs, engine room staff, and tour guides. Conspicuously eager to understand more than what they already knew, I was always well-received with smiling anticipations each day and perfect attendance. These guys even wanted to know all the English bad words to make sure they clearly understood what these words meant in Spanish. This was indeed enjoyable “work.” 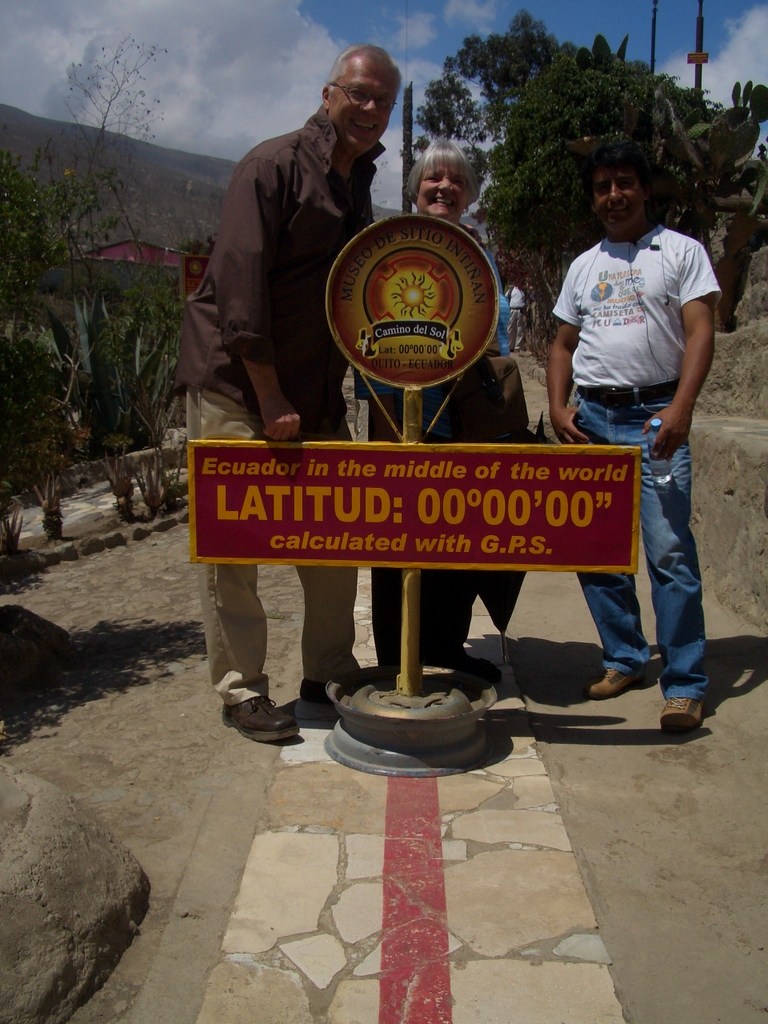 “You’re never too old to go ‘splorin’ in the world.”

To travel to Ecuador to teach English as a foreign language and learn Spanish as a useful byproduct, I also went to see what it was like to taste being a valid traveler, living among local folk, and trying to understand a completely different culture. To that extent, I have come to the conclusion there is much more to see and to taste than I would have ever imagined nor would have time to witness. Speculating how imminent days may yet unfold, I anticipate the unread next page of this book-to-come to contain considerably more ponderables of greater depth.

To read my post-retirement story in its entirety, visit my blog for stories about my traveling, teaching and worldly experiences, along with some interesting photographs I took myself. I elaborate on numerous insights and cultural discoveries that I share with my readers. I say, “you’re never too old to go ‘splorin’ in the World, you just need to decide to do it. And, go.” My TEFL certificate was indeed a ticket to a wonderful journey.