When I was a little girl, my dream was to live in China. I was obsessed with anything Chinese and even had a little doll named “Min.”  Honestly, I never thought I’d actually make it to there—it was just a dream. But as a young adult, I found myself applying to teach kids in China, and the next thing you know I was in southern China! I had never experienced humidity before, so imagine my surprise seeing my glasses fogged up when I went from an air-conditioned airport to the parking lot.

That surprise was nothing compared to the culture shock that I experienced in my new home. Now, culture shock isn’t necessarily a bad thing—if anything, it’s exciting! Culture shock means that you are living somewhere new and full of adventures. To help prepare you, I figured I’d give you a few things that surprised me the most:

The first night I arrived, I went with some of the people from the school to get traditional Chinese food. It was amazing! And spicy! Of course, there were no forks; it took a few weeks, but eventually, I became a pro at using chopsticks. During my stay, I got to try all kinds of food that I would have never tried in the US; I ate alligator, crocodile, squid, octopus, and more! It was always scary taking that first bite, but for the most part Chinese food is pretty tasty. 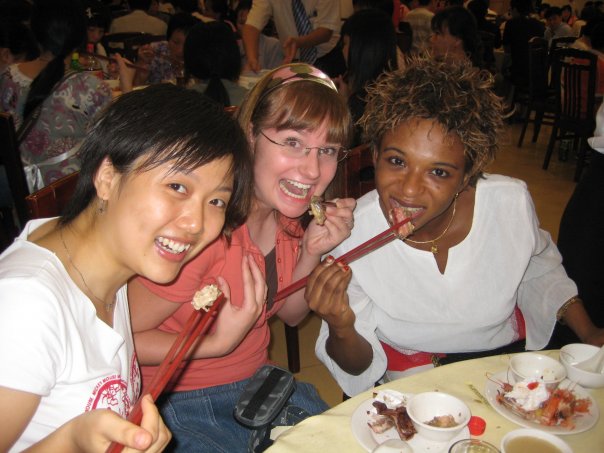 Let’s get a little personal here, ok? There are two types of toilets that you’ll find in a public Chinese bathroom: squatters and western. The apartment I was in had a squatter toilet. At first, I was horrified! I took a picture of it, but I wasn’t sure if I’d actually use it. But it was my only option, and you know what? After a period of adjustment, I ended up preferring it.

I was in a “little” city in the south—and it had a million people! I was shocked to see lots of cars, motorcycles, and bikes on the road, along with tons of people on the sidewalks. It took a bit of time for me to get used to the crowds, especially in high traffic areas like grocery stores and tourist locations.

Overall, I thought that the culture shock I experienced in China is what made my life there so exciting and unique. How often do you get to try new things every day, right where you’re living? If you think you need a little bit of variety in your life, the key is to go somewhere completely different from what you’re used to; it might be a bit hard and confusing at first, but the next thing you know,  you’ll feel like a local and that you never knew any different. Step out of your comfort zone and you’ll find a world you never knew existed. 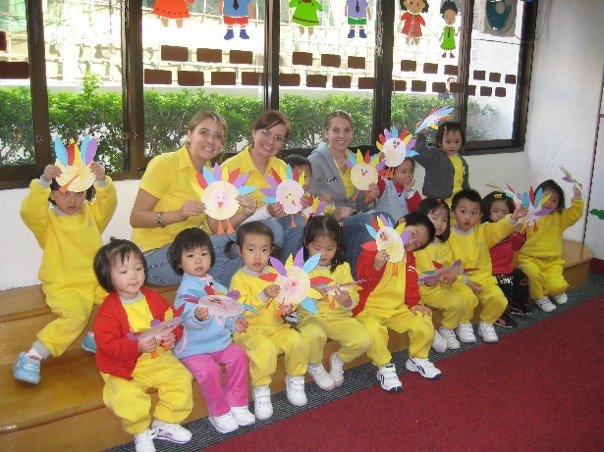 Try something new – Teach in China! You can get TEFL certified and land a job there on your own, or take part in the more structured Teach in China Program, and have the job and certification included in one package.