Nelly Chutaux Bergougnoux completed the 120-Hour BridgeTEFL Online Master Certificate and is currently working as an English teacher in France. She recently got in touch with us to share her “amazing adventure” there, where she has combined her previous teaching experience with TEFL training to develop a new learning method and open her own after-school English language center! Read our interview with Nelly to see where TEFL has taken her and what it’s like to teach in France.

Nelly, where exactly are you from?

My mother tongue is French since I was born in France. I went to French schools, colleges, was a dancer, then dance teacher in France. Meantime, I would go back and forth, visiting my family in New Jersey, until I made the decision to stay in the U.S., where I became an American citizen. 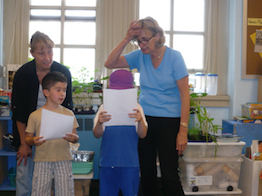 Where exactly do you currently teach in France?

I have started a little English After School, called Loucie, in Mezieres en Drouais, France, which is a very pretty village, 45 minutes west of Paris and near the airports.

How did you end up teaching there?

When we made the decision to go back to France, because of the economic downturn in the U.S., our daughter, Juliette, was 8 years old, not properly speaking French and not at all reading, writing and calculating in French. So due to Juliette’s French level, we founded a small private after-school program in Mézieres en Drouais. And as of today, we are still in the village. 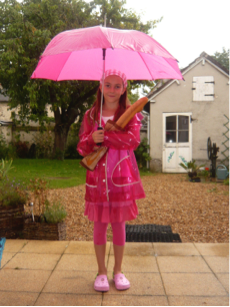 About teaching, it is an activity I started in New York for the International Preschool – Upper-East side, the French American Music School at Carnegie Hall, and P.S. 183. I would teach French for after-school programs and for the association Education en Francais, New York (EFNY). In France, the idea of teaching English came up from, again, my daughter, Juliette. She came back from her first English class telling me that the English teacher didn’t speak the same English as hers! (Juliette didn’t understand the pronunciation of the lady). The lady came to me and asked for private English class; from there I made a great discovery:

French people spend many years learning English at school. But they are not confident in their English pronunciation, they are afraid of speaking.

Your after-school program has its own teaching methodology. Can you tell us a bit about it?

My goal is to enable French people to read aloud, to speak, and to hear with a greater degree of confidence. I am convinced that once you are familiar with the English phonic sound, you can form words, sentences, questions, and answers. Therefore, you speak. Our method follows the typical speech and language development of boy and girls worldwide. In other words, we found out that following the natural language development of children gives the students (of all ages) a better understanding of our approach to English. Children, teenagers and adults remain in the logic of their “learning surroundings.” 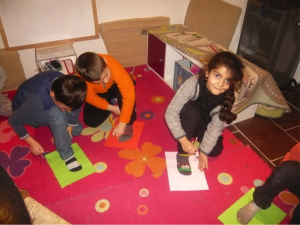 For the ESL/EFL program, I’ve worked with French and American specialists in many fields to regroup the main English phonetic sounds and added the sounds that cause trouble for French people to pronounce. The next step was to open a small English After School, because I needed students to experience all of the diverse support. We established an association with 2 friends: Joanna from London, England and Jasmine from Reunion Island (a French Island). We agreed on the name Loucie. Each letter stands in French for:

To ensure my creations are adapted, the age range of my students includes every age from 5 years old to senior citizens, with the same focus for all of the students: correct pronunciation and knowledge of the English Phonic Sounds.

Today, we are a team of:

– An engineer in informatics

– A doctor in phonology

– A Director of the French American Music School

All together, we are building an English After School, an Internet application, and a Malette (Educative games in a box) for French people of all ages, but also to others with special needs, such as dyslexia, visual perception difficulties, difficulty hearing, etc 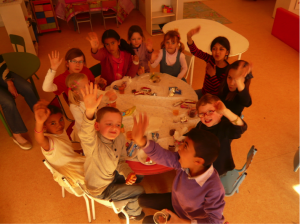 What do you consider different/better about your teaching method?

The difference between the English program in French schools and Loucie English Spoken Sound Malette is the approach using the English phonic sounds and their pronunciation.

What is better is that we introduce and familiarize our students with the English phonic sounds in a playful, efficient and easy way. We have been testing Loucie English Spoken Sound games for 3 years. The results and students’ responses are very, very, very encouraging.

Where can we learn more about your after-school program and methodology?

It is “under construction!” The whole project is under the process of protection (trademarking), budgeting, etc. Our website is, as well. Once we have completed Loucie English Spoken Sound Malette and application, you Jennifer, and the Bridge team and teachers of BridgeTEFL, will be the first to hear about us because you have greatly helped me, and I might need more of your assistance!

Are you interested in teaching English abroad, like Nelly? You can! Read more about how you can start your own adventure abroad in Europe.