Carl, 26, is a TEFLOnline.com graduate from Montreal, Canada, who taught in Jeongeup, South Korea. Before teaching abroad he graduated with a Philosophy degree and was trying to make it in the music scene before switching careers. We asked him some questions about his experience in this popular Asian teaching destination.

How did you pick South Korea as a teaching destination?

There were a lot of factors which influenced my choice. My brother taught near Daegu, which is on the east coast and showed me food and films from there. I also met people who wanted me to film some Hallyu (Korean wave) films for a show they were doing and showed me some traditional and non-traditional things like nanta (traditional drum performances). I also had a friend who gave me a bunch of Korean music from his childhood, and an old man in a park (among all places) encouraging me to go to Korea to teach. All these factors, including my interest in Asia as a destination in general, got me to take a flight there and start my journey. 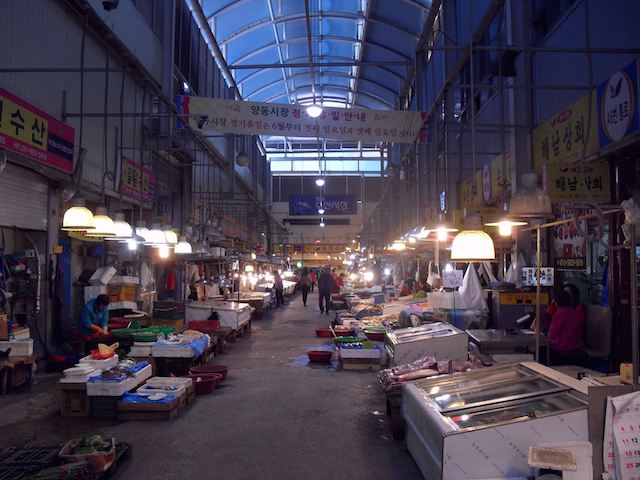 Was the TEFL course you took good preparation for teaching?

I find it helped me to know the basics of teaching, but you are never ready for teaching. What I’ve learned was suggested ways of doing lessons, some grammar, and how to apply it to the classroom, but performing what I learned in a class is always a challenge. TEFL was a good foundation for me as it helped me appreciate what I am doing now in ESL teaching.

Did you know the language when you arrived, and if not, was it hard to manage without speaking it?

I didn’t really know the language until I was thrown into the wilderness, or concrete jungle. I learned simple words just by being around people in the town where I was living, and they expected me to be fluent in Korean, so that extra pushed helped me to learn. In the town I was in, not knowing Korean will make everyday living tough and so I would recommend making friends with older people there who can bring you into the culture and show you the language. Most of my friends were 30+, and I was only 23 at the time when I went. 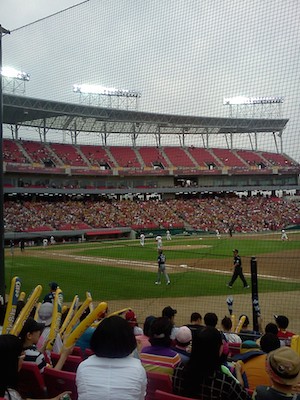 What was one of the best things about living in Korea?

The best thing about living in Korea was how cheap taxi and transportation was. The food was cheap and healthy as well.

Can you walk us through a typical workday?

A workday for me was typical of a hagwon (private language academy for young students). We start at 2:00, so I would get a lift by my boss’ husband at 1:00 p.m. to arrive in time to clean up and do any necessary work left over from the day before. From 2-8pm, I would teach a class of around 8 students with 55-minute periods and 5-minute break in between (you get used to it). Monday to Friday was always like this. After class, I would go home, cook dinner, or go grab a bite to eat at the local gimbap (kind of like sushi rolls but different). Then I would just do work and go to sleep for the next day. Saturday and Sunday are weekends so you can do what you want; the parents of the country fought for those days off so they enjoy them too. 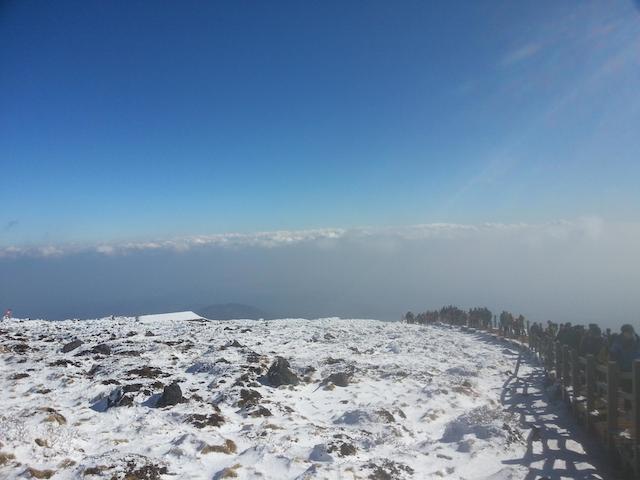 What was hard to adjust to about living in South Korea?

I think the hardest part was trying to find a balance between the life you are living and the life you would live in a Western country. If you do like me and surround yourself with local Koreans only, you really must throw out your belief system and try to develop the system of beliefs people around you have. That was the hardest part for me, because you realize that you are still a teacher from another country and you still have the role to attend to.

What kind of housing did you have? Who did you live with?

I was living with my boss’ family, and it got really weird at times. I was in the middle of being a son and an employee, and so sometimes my personal life became their life.

Tell us about your most memorable experience about living in South Korea.

I have had too many weird and wacky moments living abroad, but one moment that stood out was taking a taxi my last week in Jeju for a whole day. The taxi driver offered to drive me the whole day to see Seogwipo and all the tourist spots on the southern coast, so I bought him lunch and some mandarin alcohol. At one point my phone was dying, so we stopped in this shop to charge my phone, and I was sitting with him and the old lady who was running the shop, all of us were talking in Korean. Living in Korea for two years felt like home, and a lot of the people I met along the way felt like extended family.

What advice would you give someone considering teaching abroad?

My advice is to be flexible, leave your belief system behind you and dive right into something new. You learn a lot more about yourself and about life just by swan diving into the unknown and learning how to swim. Korea is a great place, but like any other place, there are things you can’t change.

Go to a country overseas remembering you are not there to change people’s lives, but you are there to enhance student knowledge. If you can help a few students out of the bunch, and even have their parents’ respect for your teaching, that is more than enough. It’s sometimes tough love being a teacher.

What do you plan to do next?

I’m completing my TESL (Teaching English as a Second Language) at Concordia University and working in Montreal at an ESL summer camp before I start looking for work abroad again.

Want to hear from other teachers in Asia? Read an interview with Taylor, in Japan!