Can You Teach Abroad as a Non-Native English Speaker? Hear from Teachers Doing Just That!

Gone are the days (thankfully) when teaching English abroad was only open to those who spoke English as their mother tongue. Now, with the growing recognition that English is used worldwide as a lingua franca (common language among people who speak another first language), the global TEFL job market is opening up to multilingual English teachers with a range of first languages. Ready to get inspired? Meet some TEFL certified non-native English-speaking teachers who are teaching abroad around the world!

With only about 10 percent of the population speaking in English in Chile, it is a good market for teaching English as a foreign language (TEFL). Aside from teachers from major English-speaking countries like the US and UK, non-native English speaking teachers from other countries come here as well, seeking employment at one of the many language schools in cities like Santiago.

Learn more about teaching in Chile!

Krzl, pictured above, was one of those teachers, and the first question she had upon arriving in Chile from her home country, the Philippines, was: Can I teach English in your country? As it turned out, a lot of people told her that she could work as an English teacher there so, armed with her teaching credentials, she successfully applied for a job at Bridge in Chile, and found herself among a diverse English-teaching staff that included other teachers from non-native English speaking countries, as well, ranging from Malaysia to France. 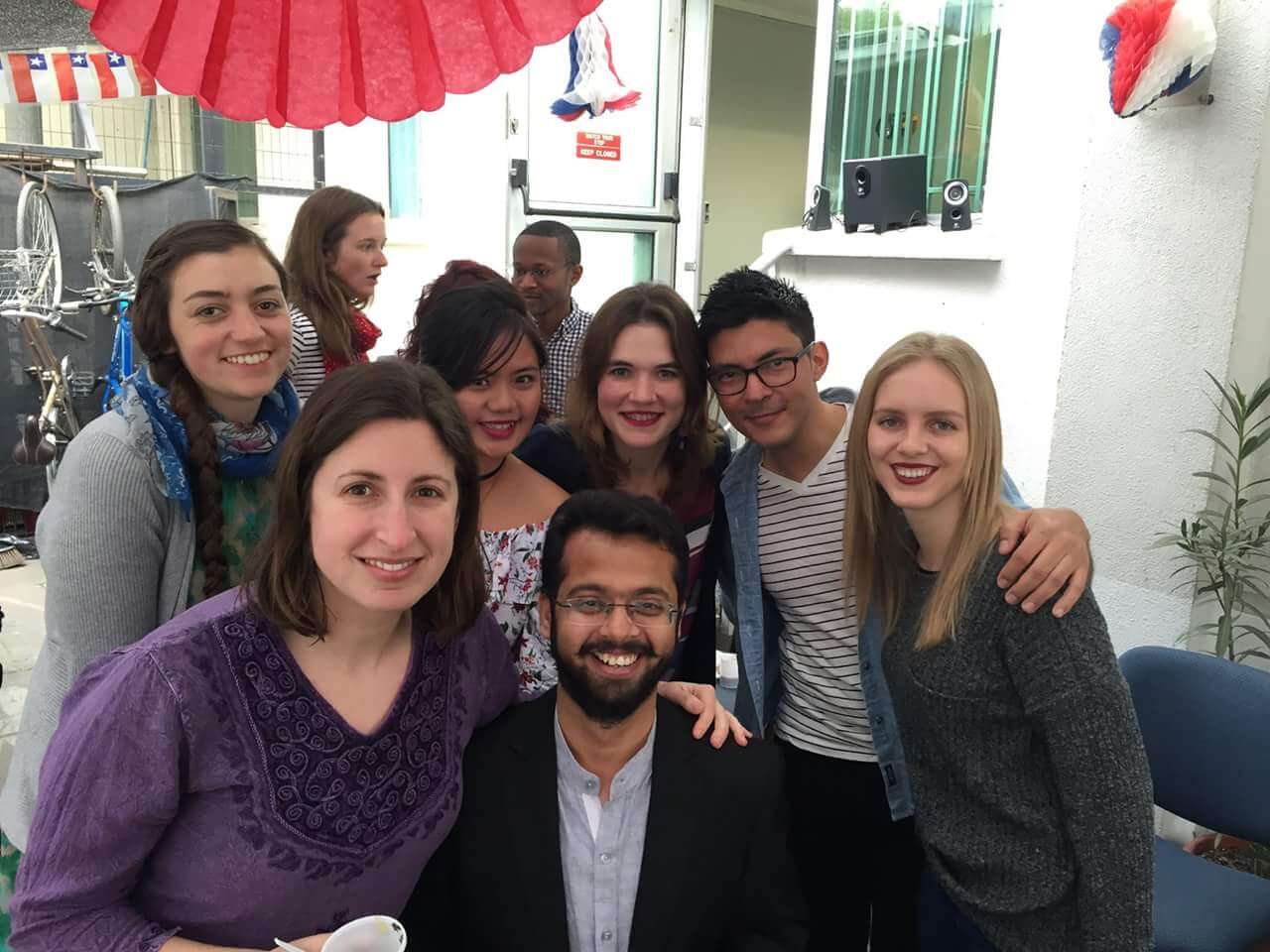 When Siddhartha “Sid” Bhattacharya came to Chile from India three years ago, he took a 4-week, onsite TEFL course, called the International Diploma in English Language Teaching, at Bridge in Santiago. After the training and TEFL certification, he was absorbed into the company as an English teacher, kick-starting his career.

He recalls the time he did his demo class, practice teaching as part of his TEFL course. His first challenge? Teaching without any formal textbook. “I was a bit nervous,” he said, “but after that, everything went smoothly. I had a nice group of students motivated to learn English, they were very friendly, very open.”

There are even some teachers who come from Chile’s South American neighbors, like Marta Sojo, from Venezuela. Two years ago, she arrived in Chile and found a job post three days after. With “passion, hard work, and few hours of sleep,” she eventually got to acquiring more and more classes, especially in the peak season, which is usually from March to September. “I am very happy here,” she comments. 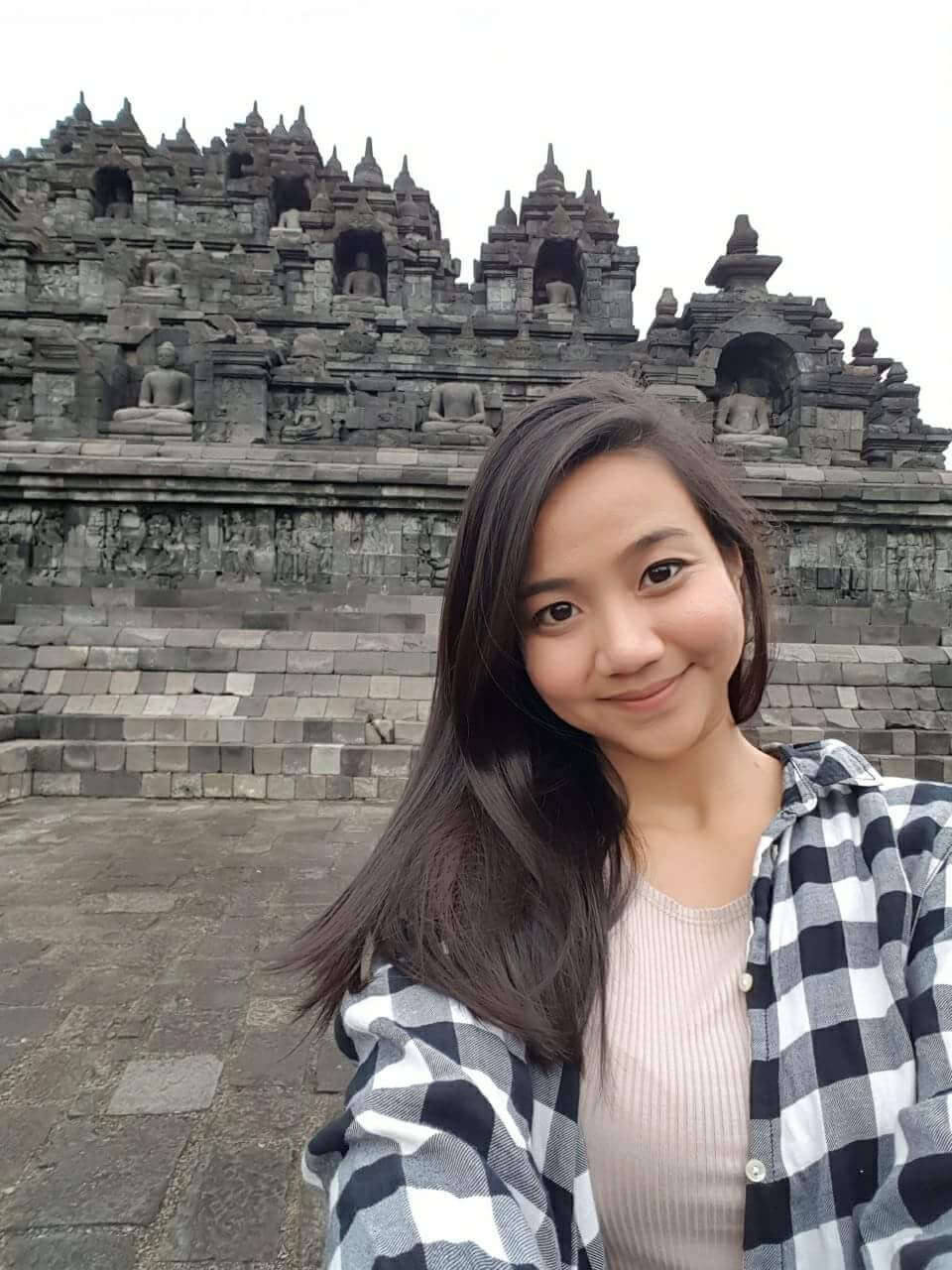 On the other hand, Iman Kamarudin, who is from Malaysia, came to Chile out of curiosity about the country itself. She started her professional English teaching career in Brazil, but when she became more interested in Chile, she moved here and found work in less than a week. Aside from giving classes, she is also now taking up her Master’s degree in English Education. Asked about what she likes most about teaching here, she says it’s her students. “Chileans are very nice. You [even] end up being friends with them sometimes.”

When asked how it felt teaching English for the first time as a non-native speaker, she said, “When I started teaching, I remember feeling anxious about the kinds of students I would have, and I put a lot of thought into teaching more effectively. However, it was also my students’ keen interest and disposition that helped me ward off these fears.” 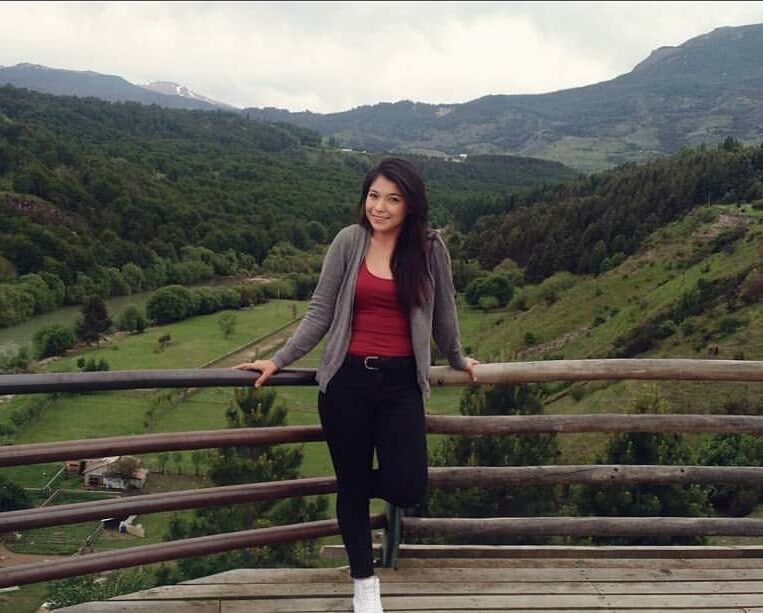 Romina Villagra, an Argentinian English teacher, can relate to this. Backtracking to her first class five years ago, she says extensive preparation made it easier for her. “[Worrying] is something natural. It’s not only because you’re a teacher; it’s also because it’s your first job and it’s something you wanted to do.”

She also attributes her growth to the institute where she works and her co-teachers. “It’s not easy when you work alone,” she shares. “You cannot ask for help most of the time.” With this, Sid agrees: “I love talking to other teachers, my colleagues, and getting their input on different things. That’s opened a lot of doors for me.” 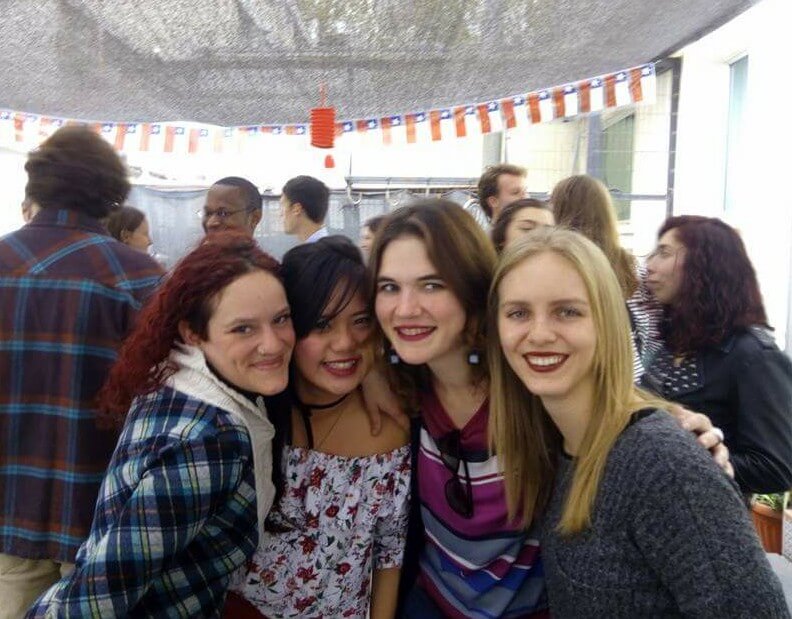 Claudia on the left, from Chile; the author, Krzl, 2nd from left, from the Philippines

For Chilean teacher, Claudia Retamales, this comes in the form of the materials. When she had her first short stint as an English teacher in a small language institute, she had to figure out on her own how to make students learn more easily. Later, when she moved on to teach at a larger institute, though, she was provided with the appropriate tools, and from there, she says, her teaching improved a lot.

Carolina, from Colombia, Teaching in China 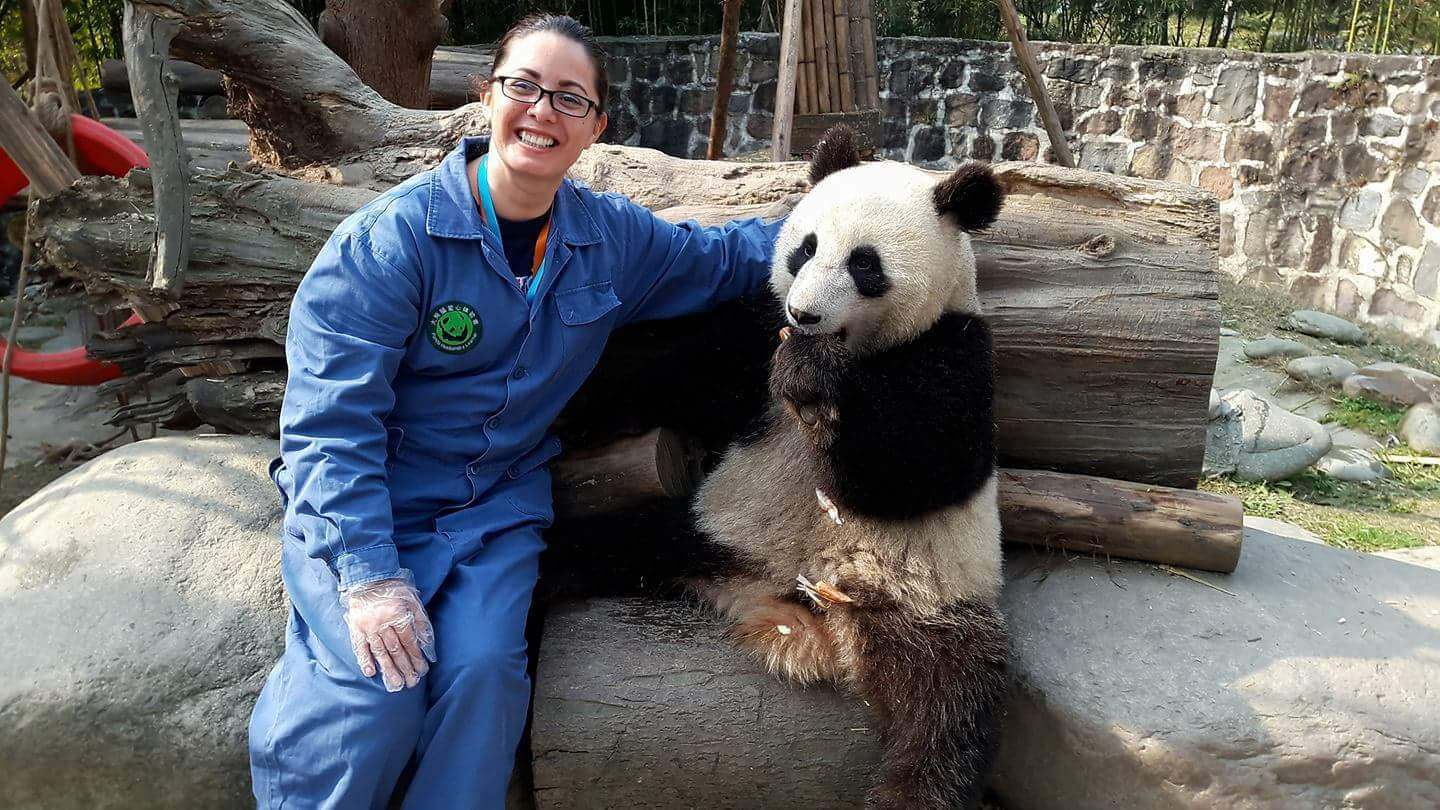 Carolina, volunteering with pandas in China

Multilingual teachers are finding opportunities in other regions, as well. Carolina, from Bogota, Colombia, has taught in various settings–  first in her home country, then in the U.S., and now in a small village in the Zhejiang Province in China. Over the 16 years she’s been teaching, she’s pulled from her own experience as a language learner to become a better English teacher, and along the way, she’s gained a unique understanding of her students.

“As an English learner myself, I can understand most of the English grammar rules because I learned that way.  I can understand why students struggle with some rules, spelling, and pronunciation that are so different from their language.”

Read an interview with Carolina here.

Pavel, from Russia, Teaching in Israel 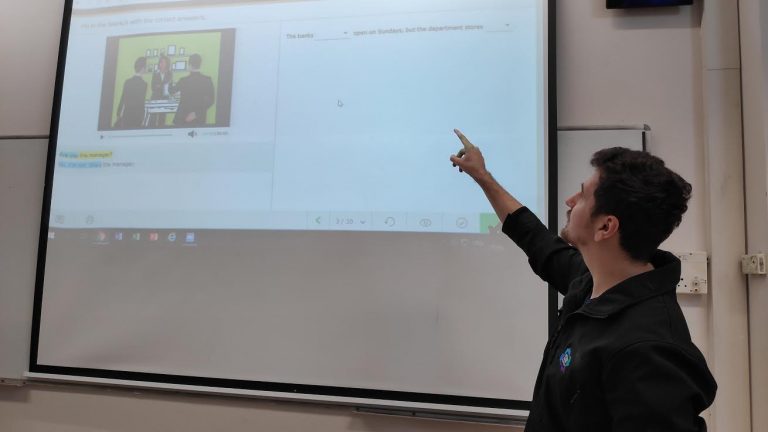 Pavel is another example of a multilingual teacher abroad. Born in Russia, his parents later migrated to Israel, where he now lives. His main career is IT, but his interest in the languages led him to get TEFL certified and become a teacher. He’s currently teaching in Israel to gain experience in order to fulfill his real dream of teaching abroad in Japan.  About teaching English as a non-native speaker, he says, “I feel that not knowing English as my first my language helped a lot by teaching students with the techniques that I used when learning the English language myself.”

So whether you’re looking to explore new cultures abroad, grow professionally, or do both at the same time, there are opportunities for both native and non-native English speakers to teach English as a foreign language abroad. All you have to do is prepare yourself with the right online TEFL certification and jump at that chance when you find it.

There are many reasons people think they can’t teach abroad, but the truth is, all you need is an open mind and a desire to help people learn English. Here are some other common myths about teaching abroad. It’s easier than you think!