Testing in TESOL Part 1: A Taxonomy of Tests

This post is the first part of a five part series on testing in the field of TESOL. There is too much information about TESOL testing for one blog post, and I have never been one to cram.

In the first two parts, I want to focus on the types of tests you will encounter. You may be familiar with many, but perhaps you don’t know what they’re called. Part 1 will focus on tests most relevant to school administrators.

A progress test is given during and after the course and is used to assess what the student has or hasn’t learned. Again, base the test on content covered in the course if you wish this test to be a valid measure of progress.

A proficiency test assesses the learner’s language skills either generally or in a given context. It differs from the previous two test types because it doesn’t need to be based on specific curriculum. When proficiency tests rate each skill separately, rather than holistically, it is considered a diagnostic test.

A norm-referenced test compares students’ scores to each other in order to determine a percentile, or the percentage of test-takers that a given student outperforms. Criterion-referenced tests do not use this scoring technique. Instead, an individual student is assessed on whether or not they are able to meet the criteria on a test. There is no comparison–no percentile.

You’ll likely encounter norm referencing when a large number of students are looking to enter a program with a limited number of spaces. The program may only take those in the 90th percentile, meaning they scored higher than 90% of those who took the test. Even though those in the 89th percentile scored high enough to meet the general requirement they will not be permitted to enter. It also means that someone who may have performed poorly will still be allowed entrance if others did not fare well either.

Norm referencing is also used in large scale commercial testing to determine language proficiency compared to local, state and national scores. In these cases, a student’s score will not be compared to the other students taking the test that day, but rather against a norming group.

This one actually sounds like fun to me, but sadly I’m not in a position to take it. This assessment is usually given to bilingual speakers in order to determine which language is their primary language. By assessing the strengths and weaknesses in both languages, schools, specifically those that have dual language enrichment programs, can better plan curriculum by targeting skills in both languages. Language dominance is not always black and white since a bilingual speaker may be better at small talk in Spanish, but better at essay writing in English. 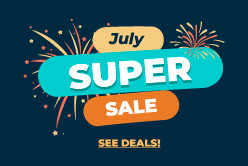