Everything You Need to Know About the JET Program in Japan

You’ve heard of the JET program for teachers in Japan, but is it right for you and are you qualified? This popular Japanese teacher exchange program requires assistant teaching applicants to have a bachelor’s degree and citizenship from a participating country, as well as a strong interest in Japanese culture. The salary for teachers starts at an appealing ¥3,360,000 per year (which is about $31,000 USD), and while housing is not included, there are other benefits, such as airfare to and from Japan, a job lined up in advance, plenty of in-country support, and a high level of cultural immersion. Let’s take a deeper look at JET and help you decide if becoming a Japanese exchange teacher makes sense for you.

What is the JET program?

JET stands for the Japan Exchange Teaching program. It’s a structured program that was founded in 1987 by the Japanese government, with the goal of bringing English-speaking teachers to work as Assistant Language Teachers (ALTs) in schools throughout Japan. JET is aimed at young professionals with an interest in Japanese culture, and you’ll see the idea of being a “cultural representative” of your country reiterated throughout the JET message.

What are the requirements of JET?

As you might imagine, the JET Program is competitive. According to their website, they typically receive 4,000-5,000 applications each fall and only about 1,000 of those are selected to participate. So, what are they looking for exactly? These are the basic requirements of the program:

Citizenship from a participating country

Citizens of the 54 participating countries are eligible– permanent residents without citizenship are not. Visit the JET site specific to your country (i.e., the US, Canadian or UK program site), to learn the details of your program.

Interestingly, those who possess dual citizenship with Japan and a participating country must renounce their Japanese citizenship before accepting a position on the JET Program.

This is a requirement that appears again and again in JET messaging and it makes sense in light of the fact that JET was developed as a youth-to-youth cultural exchange program.

A degree is not an uncommon requirement in countries throughout Asia, and Japan is no exception. This programs’ emphasis on professionalism and quality of education makes this requirement a non-negotiable.

Some other requirements include having native-level English speaking proficiency, being mentally and physically healthy, not having lived in Japan for more than six years prior to applying, having good pronunciation and language skills, and having an interest in maintaining relations with Japan after contract completion. Read all JET exchange program eligibility requirements.

Do you need a TEFL certificate?

You technically do not. TEFL/TESOL certification is not a requirement of JET, but in a program as competitive as this one, having qualifications above and beyond the minimum is considered an asset during the selection process.

Since there’s no requirement for TEFL certification, if you plan to apply to JET, you may be wondering which course would be the best choice. Consider taking a TEFL course of at least 100 hours of certification, since this is the international standard for most jobs worldwide, including in Japan.

How much does the JET program pay?

Your next question is likely about take-home pay. Are other deductions made from JET salaries– if so, how much are they?

First and second-year ALTs from the US are usually not required to pay income tax in Japan; however, third-year and above JETs, are. The tax rate is approximately 20%. This tax is applied after deductions.

Does the JET program pay for housing?

Housing is not included in the benefits package for JET participants, so this is paid out of the teacher’s salary. However, typically teachers’ furnished housing is arranged by the contracting organization that hires them (you may “inherit” it from the last participant), making the process of getting settled easier.

It’s also worth noting housing is not usually included in the benefits package of regular teaching jobs in Japan, outside the JET program. In this way, Japan differs from other Asian countries such as South Korea or China, which include this benefit.

Where are teachers placed in Japan in the JET program?

The goal of JET is to increase English proficiency country-wide, so placements are not limited to big, well-known cities. On the contrary, placements are mostly in smaller to medium-sized towns, including many rural locations.

JET does its best to accommodate location requests, giving applicants a chance to request their top three location choices on their application; however, no location can be guaranteed. Applying to this program requires a willingness to “go with the flow” and teach where you’re needed.

Is there an age limit?

Nope! People of all ages can apply to JET. What they emphasize regarding this, however, is that JET  was developed as a youth-to-youth exchange program. As long as teachers espouse these values, they are welcome to apply. 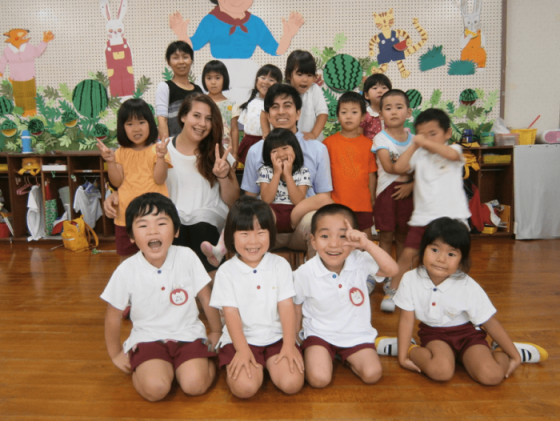 How long are JET program contracts?

The short answer is that contracts are one year, renewable up to five. The longer answer is that as a JET participant, you are not actually employed by JET, but by a contracting organization. Here’s how it works.

Once you are shortlisted into the program, the Council for Local Authorities in International Relations (CLAIR) manages your placement and begins the process of matching you with a suitable teaching position at a contracting organization somewhere in Japan. For ALTs, the contracting organization is usually a school or local/prefecture board of education.

Each organization determines its own terms and conditions for teachers, but generally speaking, you will be offered a one-year teaching contract and will arrive in July or August to begin teaching in the fall.

What are the duties of a JET teacher?

Most JETs work as assistant language teachers, or ALTs, at one or several local elementary, junior high, and/or high schools. They work general school hours, which are from about 8:30 to 5:00, Monday through Friday.  As the name implies, ALTs assist Japanese teachers in English classes.

In this role, duties can include:


Is JET better than a regular teaching job in Japan?

Not necessarily! The answer to this depends on what you’re looking for. The following are some criteria to consider.

As mentioned, most JETs are placed in ALT positions in smaller towns throughout Japan, not big cities. This can be a great way to get more involved in the local community, improve your Japanese language skills, and generally immerse yourself in Japanese culture.

Read an interview with Meredith, a teacher in rural Japan.

However, if you picture yourself in a major city like Tokyo or Kyoto, applying independently to jobs you find on job boards outside of the JET program might be a better option for you. There are ALT positions at public and private K-12 schools as well as positions at what are called eikaiwas, which are English conversation schools (or privately-owned language institutes). Learn more about teaching in Japan.

You’ll find that pay is about the same for ALTs in or out of the program. Teachers who work at language institutes in Japan may make a bit more money but they typically work longer hours and have less vacation time.

Can I bring my spouse with me to do the JET program?

If you’re married and your spouse wants to come with you as a non-participant, you’ll need to secure a “dependent visa” for him or her through the Japanese embassy or consulate.

If you and your spouse apply together and are both accepted, efforts will be made to place you in the same school or location. It’s important to note, though, that placement together is not guaranteed and may not be possible in every case.

If you love Japan and are looking for a year-long adventure there as an assistant language teacher, the Japan Exchange Teaching program may be right for you. You’ll need a bachelor’s degree and citizenship from a participating country, among other qualifications, and if you want to be a competitive candidate, TEFL certification is also recommended. Benefits are attractive, including round-trip airfare, a job lined up for you, and yearly pay raises. Yet, regardless of whether you teach in Japan as a JET or independently, it’s sure to be the experience of a lifetime!

PREPARE TO TEACH ENGLISH IN JAPAN: GET TEFL CERTIFIED!